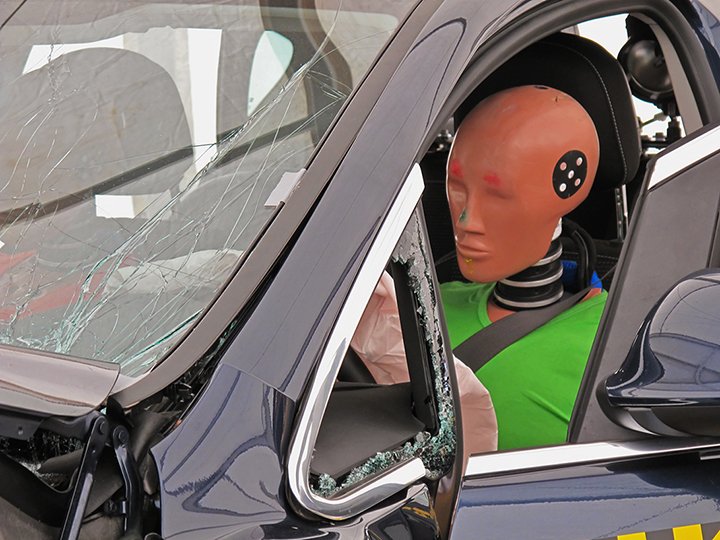 A new study from the University of Virginia shows that women have a higher risk of serious or fatal injuries in a collision compared to men, despite cars being safer than they’ve ever been.

The major reason why is because auto safety tests almost exclusively use crash test dummies modelled after men.

The study looked at 22,854 frontal crashes between 1998 and 2015 involving 31,254 occupants, ranging in age from 13 to 97 years old, with a near equal proportion of males (49.4%) and females (50.6%). All occupants were using a three-point safety belt. Pregnant occupants past their first trimester were excluded.

The research found that females are 73% more likely to sustain serious to fatal injury in a collision than males.

Researchers and other experts say this happening due to the lack of female-specific safety data.

“We’re not including females in the data analysis, in the regulatory tests, in anything we do,” said Roberts.

Many crash test dummies used in today’s safety tests are modelled after U.S. military men from the 1960s. This makes them “a very fit-shaped male,” said Becky Mueller, a senior safety engineer at the Insurance Institute for Highway Safety (IIHS) in Ruckersville, Virginia.

“One factor as to why we’ve focused mainly on male crash test dummies is that dummies take a long time to develop and to use,” said Mueller.

The dummies that the IIHS are currently using were developed in the 1970s and weren’t scientifically ready to use for research until the 1990s. It has since become the standard dummy for the past 20 years.

Crash test dummies take so long to develop because they’re very sophisticated. They mimic human anatomy with detailed neck assembly and even an accurate Achilles heel. Newer dummies have up to 150 data points that collect a variety of information on many different types of trauma.

The University of Virginia does have a female dummy, but researchers at the university say it’s a smaller version of a male dummy and doesn’t truly depict the many anatomical differences between males and females.

These differences play a role in why women are more vulnerable than men in car crashes.

“You have a three-point seatbelt. How does that sit on top of breasts? Does it move more easily if I lean out and now I have a more complicated chest geometry than a male? Is that problematic?”

Roberts says there hasn’t been a single study of how breast tissue affects seatbelt placement.

Volvo backs up the University of Virginia’s research. The automaker calls this “a fundamental issue with inequality in terms of car safety development.”

Volvo has created virtual crash test dummies based on its own crash data to better develop safety technologies that protect men and women equally. Their tests have dated back to 1998 with the WHIPS whiplash protection, after discovering that whiplash-type injuries are a greater risk to women than men.

“To leave out half the population and say that they can be represented by something that doesn’t really represent them is a disservice to protecting all of us in crashes,” said IIHS’s Becky Mueller.