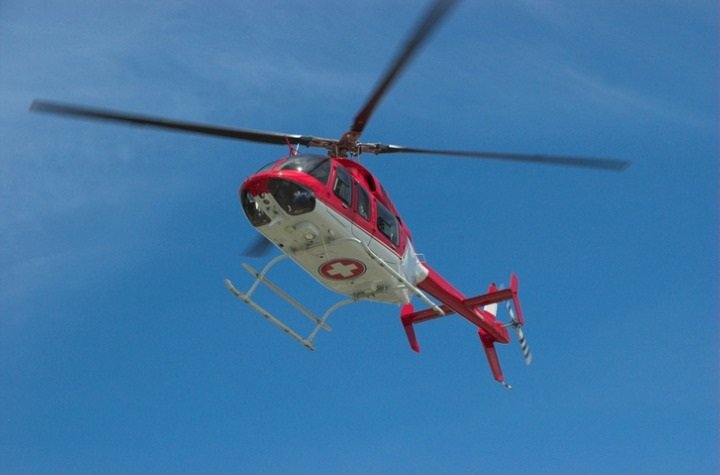 While a trip in an air ambulance could save your life, it could also empty your bank account.

And that includes a medical airlift within Canada, not just the United States. It’s one of the reasons travel insurance can protect you and your family from hefty bills should it be deemed necessary that you be transported by air ambulance.

In Canada, most air ambulance services are operated by contractors working on behalf of a provincial health ministry. In the U.S., while many air ambulances used to be operated by hospitals, many are now owned privately and bill patients directly.

But if you think a trip by air ambulance in Canada is a different story, think again. Consider the experience of one Alberta woman who was left scrambling to pay a bill of up to $30,000 after a premature birth forced her to use an air ambulance in Northern Ontario.

In an interview with the Toronto Star, Savill said she and her family got in their truck and rushed to a Timmins, Ont. hospital, where they say staff weren’t equipped to deal with premature births before 32 weeks gestation.

As a result, an air ambulance was called to transport Savill to another hospital in Sudbury, about four hours away. Before it arrived, Savill was told the flight could be as much as $30,000. She said she didn’t have a choice.

When she arrived in Sudbury, Savill underwent an emergency caesarean section, giving birth to a baby girl, Amelia.

Shortly after her baby was delivered, Savill learned the air-ambulance bill - which she was told would range between $10,000 and $30,000 - would not be paid by the governments of Ontario or Alberta.

“I really thought that it would be covered, until I called Alberta health services and they said ‘No,’ told The Star at the time.

A spokesperson for Alberta Health told newspaper by email “all Albertans must pay the cost of emergency ambulance services and inter-facility transfers when travelling outside of Alberta.”

That includes air ambulance services, which were “not insured services under the Canada Health Act.”

The Ontario Ministry of Health, for example, stipulates air ambulance services originating out-of-province are not an insured benefit under OHIP and encourages residents travelling outside the province to purchase supplementary or travel health insurance that offer emergency medical and repatriation transportation for the ill and/or injured. (In that province, if you have a valid health card and the air ambulance trip is deemed medically necessary and occurs within the province, the patient would pay $45.)

The bottom line? If the Alberta woman had travel insurance for her trip to Ontario, she would have been protected from a very steep bill. If you are taking a trip – even just out of province – talk to your insurance broker to see what plan is right for you.