Canadian athletes will not compete at 2020 Tokyo Games 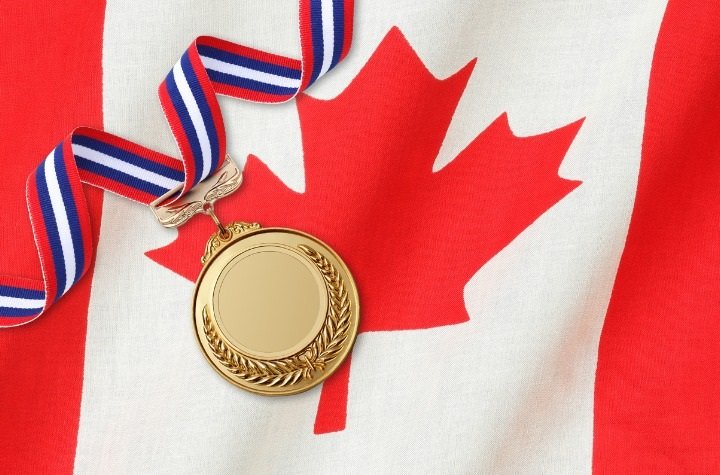 This year’s Olympic Games have been thrown into doubt after Canada became the first country to say it wouldn’t be sending a team in the face of the COVID-19 threat.

The Canadian Olympic Committee announced the decision late Sunday saying they were putting the health of their athletes first. Australia followed suit and New Zealand is also considering a boycott.

"While we recognize the inherent complexities around a postponement, nothing is more important than the health and safety of our athletes and the world community," the Canadian Olympic Committee and Canadian Paralympic Committee said in a joint statement Sunday. "This is not solely about athlete health -- it is about public health."

The committees' decision came hours after the International Olympic Committee's executive board said it is considering postponing - but not cancelling -- this summer's Olympic Games because of the pandemic. It has given itself four weeks to consider its options. Japan and the IOC Committee have – as late as last week – adopted a business-as-usual approach.

The IOC has faced growing pressure from members and athletes for moving ahead with the Games amid the pandemic with some calling the decision “insensitive” and “irresponsible.” The Olympics are slated to run July 24 – Aug. 9.

Meanwhile, COVID-19 continues its deadly march around the world. As of March 23, the virus had so far killed 14,765 people and infected almost 341,722. Nearly 100,000 have recovered. The epicentre is now in Europe and no one knows how much longer the crisis will last.

But one thing is certain. The financial cost of cancelling the Olympics would be staggering.

Japan’s government has already invested over US$12 billion to host the Games. If scrapped, it would have far-reaching ramifications on everything from the sponsors, insurers and broadcasters to the economy and athletes. Businesses as large as Coca-Cola, Toyota, Samsung and Google, which are sponsoring the event, and as small as hotels, Airbnb operators, security companies and travel agents are bracing for their possible cancellation while, at the same time, preparing for them.

A Reutersreport recently revealed the IOC typically takes out around US$800 million of insurance coverage for each Summer Olympics, while Allianz’s Alli MacLean added that “the majority of large event policyholders would [also] purchase communicable disease coverage.”

Torsten Jeworrek, a board member of Munich Re, told Reutersthe German insurer was the provider of cancellation insurance for Tokyo for an amount “in the hundreds of millions of euros,” although he declined to give an exact figure.

This figure does not include insurance coverage bought by broadcast and media firms, sponsors, merchandisers and companies in the travel and hospitality industry. According to the Reuters report, analysts at financial services firm Jefferies estimated the insured cost of the Tokyo Olympics at around US$2 billion – including television rights and sponsorship “plus US$600 million for hospitality.”

If the Games are ultimately scrapped – as opposed to delayed - it would be a first in peacetime. The 1916 Summer Olympics were cancelled due to the onset of WWI, and both the Summer Olympics of 1940 and 1944 did not take place due to WWII.

Athletes that had set their sights on career-defining moments in Tokyo, meanwhile, are also facing their own struggles. Many have had difficulties training and travelling because of concerns for their friends and family’s health and global public health restrictions. Qualifying events have been cancelled.

IOC member Hayley Wickenheiser, who competed in five Winter Games in ice hockey and at the 2000 Summer Olympics, has said continuing with the Games ignores the challenges posed by the pandemic.

Wickenheiser said on Twitter Sunday night she was “very proud of Canada this evening” adding the hashtag #dotherightthing.

Last week Wickenheiser had criticized the IOC for moving ahead.

“This crisis is bigger than the Olympics. Athletes can’t travel plan. Sponsors and marketers can’t market with any degree of sensitivity. I think the IOC insisting this will move ahead, with such conviction, is insensitive and irresponsible given the state of humanity.”