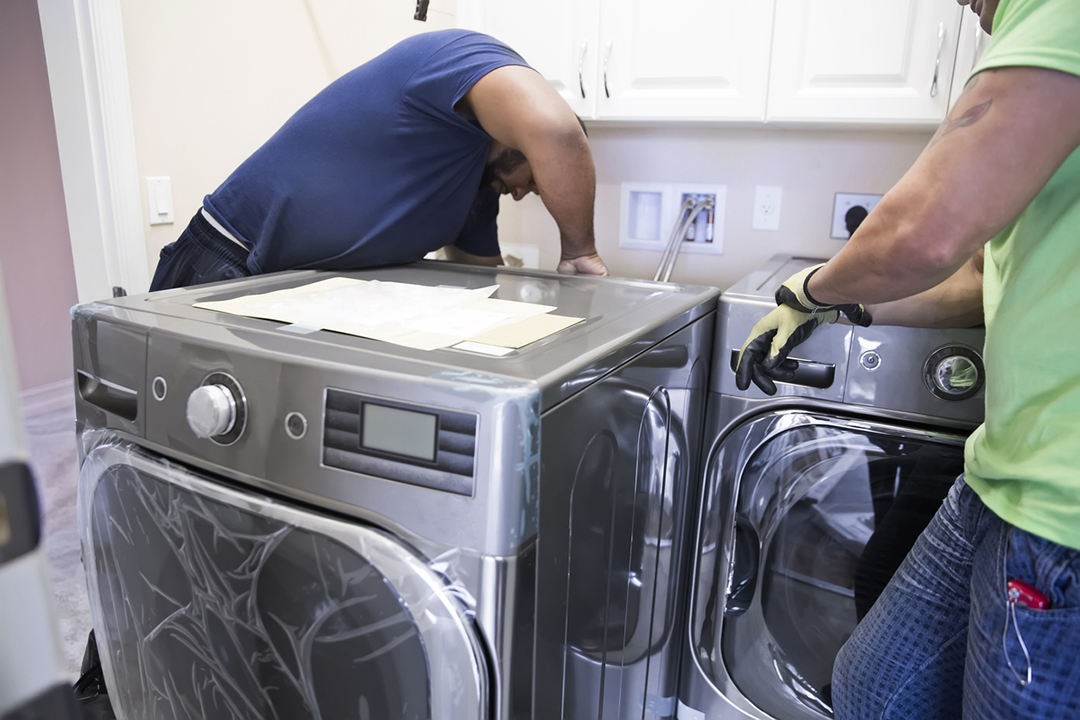 The costly damage to an Alberta couple’s basement all came down to a wrench.

John Kuerbis and Janice Sanford purchased a new washer and dryer in September of 2017 from a store that arranged for Chinook Delivery & Moving to bring the appliances to the couple’s home.

Originally, Kuerbis planned to install them himself but had to suddenly travel on business. When the appliances were delivered, Sandford was home and hired the two Chinook employees to install them for $30. The moving company often install machines they deliver.

Sanford left for work shortly after the delivery and when she returned later that day, she discovered water had leaked into the basement, which includes a bathroom and office.

The homeowners argued Chinook was liable because the hose supplying water to the washing machine was not properly connected to the tap in the laundry room. Meanwhile, Chinook argued the hose supplying cold water to the washing machine leaked because the appliances did not come with a rubber washer or gasket. As a result, the homeowner instructed the delivery crew to use an old, existing washer from the previous machine.

The defendant also argued they advised Sandford to immediately do a load of laundry to ensure there were no leaks, but she didn’t because she had to go to work.

Justice Paul Pharo awarded nearly $28,000 for the damage to the Lethbridge couple, who were 30 per cent liable for their own basement flooding, Justice Pharo ruled.

In the Provincial Court ruling, released April 14, Justice Pharo ruled the defendant was 70 per cent liable, finding that the delivery crew only hand-tightened the connection — rather than use a wrench or plier set to tighten the connection further.

The total cost of the basement restoration was over $54,000 but the maximum in damages that Alberta’s Provincial Court can award is $50,000.

Justice Pharo reduced the damages by 25 per cent due to the “betterment” principle. This is when a defendant can show the court that some of the repairs were done to parts of the building that had depreciated in value — meaning the job put the plaintiff in a better position than before the loss.

By knocking off amounts for the betterment principle and plaintiff’s contributory negligence and then adding plaintiff’s legal costs, it means Chinook must pay $26,250 damages plus $1,600 in costs.

The manufacturer’s instructions for the washing machine delivered to the couple — entered into evidence — state when the hoses from the appliances are connected to the water taps, they are to first be tightened by hand. The manual goes on to say the hose connections should be tightened for an additional two-thirds of a turn using pliers.

A Chinook employee who delivered the appliances said they often install washers when they deliver them but normally tighten the hose connections only by hand. But if a connection were to leak, they would use tools to tighten it. The employee did not have a detailed recollection of what happened at the Kuerbis and Sanford home. The employee testified that if they delivered 10 washers and dryers, they would only use tools on one or two.

The plaintiffs called a gas fitter as an expert witness, who testified that connections of this type must be tightened by a wrench.

Justice Pharo found in the case of Kuerbis and Sanford, the deliverymen tightened the hose connection by hand only and this was the primary cause of the leak.

However - in finding the plaintiffs 30 per cent liable – Pharo found if Sanford had done a load of laundry immediately after the installation, as she was advised by Chinook, she would have detected the leak, and most if not all the water damage would have been avoided.

The bottom line? Homeowners should listen when advised to do a test run on an appliance and workers installing them should follow the manual.