How is fault determined in an accident? 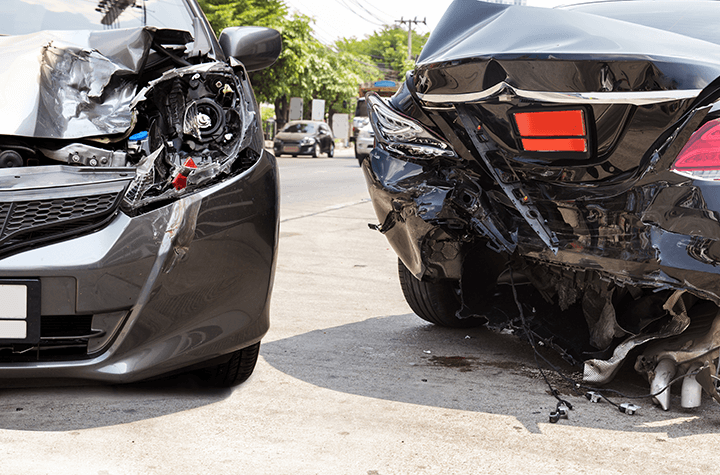 Being deemed at fault in an accident can lead to tickets, demerit points on your licence, or even arrest. Being declared at fault also impacts your auto insurance premiums.

Because of the detrimental impact of being declared at-fault, no one wants to accept blame after an accident. That's why fault often has to be determined by a third party. Here's how it's done.

Evidence at the scene of the accident

The scene of an accident can be a chaotic place, and each party may try and place the blame on the other side, so it is crucial to take note of everything you are able to at the time. In addition to swapping insurance information with the other involved parties involved, be sure to take photos of all the damage and the surrounding area. Eyewitness accounts are extremely beneficial as well, especially if a police report is involved.

While a police report is a good indication as to what happened at the scene of an accident, it is not the final say as to who was at fault. Your insurance provider is ultimately the one to determine who is at fault, and will use the police report, as well as any other documentation you acquired from the scene, as evidence in your case.

In Ontario, there is a set guideline that insurance companies have to follow while determining the fault of an accident, called the  Fault Determination Rules. The rules have been in place since 1990, and were put fourth by the Ontario government. The document is used to give insurance companies a guide that can help them make sense of what happened at the scene of an accident and determine which party is at fault.

Once you have filed a claim with your insurance company, and alerted them to the accident, they will begin to evaluate all the information provided and determine who was at fault.

Statements may be taken from drivers of both parties, and any eyewitnesses or passengers involved. These statements are given increased validity if backed up by a corresponding police report. In addition, any photographs of the damage and surrounding area that you took at the scene are great visual aids that can help your insurer determine what happened. Taking all this into account, your insurer will also evaluate the rules of the road and guidelines set forth in the Fault Determination Rules, as well as any signage or unusual road conditions were present at the time of the accident.

Once all the information is thoroughly evaluated, your insurance provider is able to determine which motorist was at fault for the accident. Some decisions may be more clear-cut than others, while some may take a little more time to determine. All insurance companies must follow the Fault Determination Rules for accidents that have taken place in Ontario, and many companies use past accidents as an example to help them determine fault.