Are Canadian car owners being misled about how often a vehicle should be serviced? 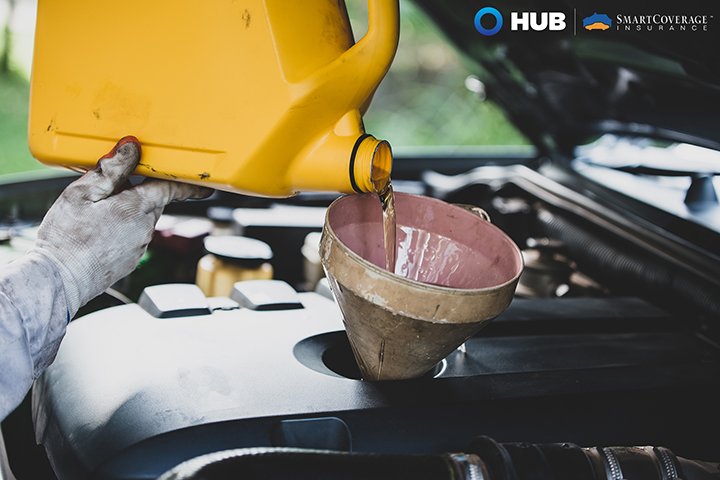 A class-action lawsuit claiming car owners are being misled about their vehicle’s maintenance schedule is raising questions about how often Canadian drivers need to service their cars or even change the oil.

The trial for the class action wrapped up in Montreal on Sept. 20 and is now in the hands of a judge.

Back in 2012, Therese Martel went shopping for a new car with her partner, Michel Lacasse. They wanted a vehicle that was economical and wouldn’t require frequent service and ended up buying a Kia Rio from a local dealership.

Martel and Lacasse believed the regularly scheduled maintenance would come every 12,000km, as described in the manual’s normal service schedule.

When Lacasse brought the car in for its first service, he said he was told the oil had to be changed far more frequently and the 12,000km interval in the owner’s manual didn’t apply to vehicles sold in Quebec because the harsh climate requires more intensive service.

Martel and Lacasse say they were ultimately told they had to follow the manual’s alternate, severe usage maintenance schedule, which called for service every six months or 6,000km.

Martel is seeking $985 in damages – the amount she claims the couple paid in extra service costs in the two years they owned the car. If the class action is successful, it could apply to other Kia owners in Quebec.

Hyundai, much like Kia, also lists both a normal and severe service schedule in its manuals.

Victoria is in a temperate climate, so La Riviere figured he would be able to follow the 12,000km schedule.

However, when he called Hyundai Canada, he said a customer service representative told him Canadian owners must follow the severe usage schedule in order to maintain their warranty.

“They told me I need to follow it because I might be driving in negative 40 or plus 40, which of course is crazy for Victoria, where we’ve got very mellow, gentle weather,” he said.

In a statement to CBC News, Hyundai Canada said the customer service agent made a mistake.

Read more: Are Canadian car owners being misled about how often a vehicle needs to be serviced?

“Most Canadians fall under severe conditions simply due to weather and temperature. Small pockets, such as Vancouver Island, experience milder weather and may be exempt. However, a vehicle on Vancouver Island could still qualify for the severe schedule based on how it is used.”

In the same statement, Hyundai said it considers Canada to be a severe usage area in terms of weather when it comes to maintenance. Other considerations include regularly driving in heavy traffic or driving mainly on dirt or gravel roads.

George Iny, director of the Automobile Protection Association (APA), said he had not previously heard of an automaker designating all of Canada as a severe usage area.

According to Iny, some automakers are rethinking severe usage schedules altogether.

Most Canadians should probably follow a more frequent maintenance schedule – at least in the winter months, Iny said.

“For many of us in Canada, summer driving is not that hot and would match the less rigorous schedule,” he said. “But winter driving – except Vancouver Island or in the southernmost parts of Ontario – probably is severe usage situation because of the cold, because most of us live in a highly urbanized setting where we do a lot of short trips.”

When it comes to oil changes, guidelines are changing.

“It used to be a one-size-fits-all solution for oil changes. Changing oil at 3,000mi or 5,000km was pretty standard,” said Kristen Huff, vice-president of Blackstone Laboratories, an oil analysis company in Fort Wayne, Indiana.

“Engines are better now. And oil is too,” she said.

As that chemistry and technology has improved, Huff says oil doesn’t break down as much as it used to.

“So oil, in general, will hold up pretty well,” she said. “And the only reason it ever really needs to be changed is that it’s getting contaminated with metal or solids or contamination.”

People are often surprised to learn how much longer they can go before needing to change their oil, she said.

But at the same time, Huff says she has some sympathy for automakers when it comes to doling out maintenance advice to car owners.

“I feel for the manufacturers,” she said, “because they can’t print a manual for every situation out there and they have no control over where the car goes after it’s sold.”