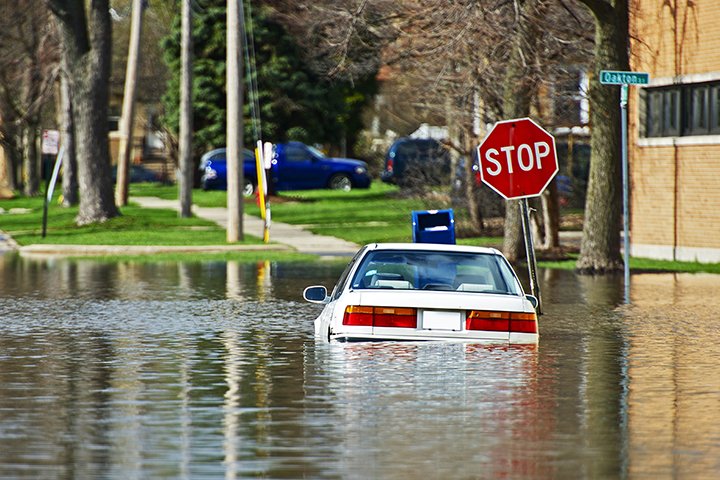 As a sign that climate change is expensive, 2019 is the seventh-highest year ever for the value of insured damage from extreme weather events in Canada.

Costs totaled $1.33 billion last year according to a release from the Insurance Bureau of Canada. Quebec was particularly hit hard with $540 million in claims paid by insurers, almost half the country’s total. This is a 390% increase from 2018 for the province.

Much like 2018, no event in particular is responsible for the high numbers in 2019. The losses suffered last year are the result of several severe weather phenomena experienced from coast to coast that damaged homes, vehicles and commercial properties.

Last year’s Halloween storm in eastern Canada was the most costly, with claims estimated at $250 million, including $189 million in Quebec alone. The April and May floods in Quebec and New Brunswick ranked second at $208 million, followed by hailstorms of $181 million in the West during the summer. The remnants of Hurricane Dorian, which devastated the Bahamas and other West Indies, lost $105 million in the Atlantic last September. In Quebec, the consequences of various storms and floods that occurred from January to March 2019 cost insurers $165 million.

The past decade has been marked by the high costs of extreme weather events across the country. Eight of the past ten years have been at the top in terms of the value of claims reported, according to the IBC.

With huge forest fires in Alberta, 2016 tops the list with costs of $5.26 billion, followed by 2013, marked by floods in Alberta and the Toronto region, with disasters amounting to $3.4 billion.

“The cost of climate change to Canadians, their businesses and their governments continues to rise. IBC encourages all levels of government to work together to reduce our collective climate risk, starting with a national action plan to deal with the floods,” says Craig Stewart, Vice-President of Federal Affairs at IBC.

You can find IBC’s report here.

Source: Damage was still high in 2019 due to extreme weather