New Ontario plates are on the road 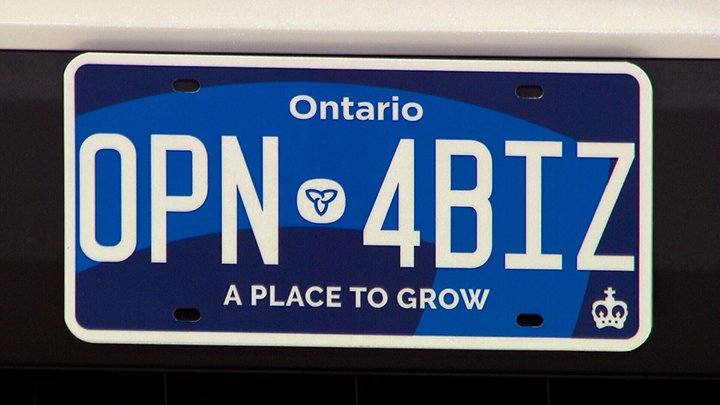 The Ontario government has started rolling out new vehicle licence plates and drivers across the province will notice some changes.

Redesigned to enhance the quality, design and production of the plate itself, Doug Ford’s government says the new plates will put Ontario residents first.

“Ontario's Government for the people is introducing updated personal and commercial licence plates along with a new driver's licence design that reflects a renewed government promise to put people first in everything it does,” the government said in a news release issued in April of last year.

One of the most noticeable changes is the look of the new plates.

The old white design, which the government noted are beaded and oversized when compared to the North American standard, has been replaced with a dark navy blue with light blue insets. The plates will also feature a renewed version of the trillium logo.

In addition to looking different, the government says the new design will actually last longer than its predecessor.

“The licence plate redesign includes a new look and feel that is materially enhanced, and an effective product that will last longer for Ontarians,” the government said, adding that the plate’s “high-definition” sheeting is stronger than the old plates.

The government said that the new format will save taxpayers money in the long-term as the plates will be resized to align with the North American standards.

"By making this new brand and visual identity a government-wide standard, we are also saving taxpayers' money by putting a stop to a wasteful practice that we saw taking place across government," Peter Bethlenfalvy, president of the Treasury Board, said in a news release.

Another change to the plate is the replacement of the slogan “Yours To Discover” with the new catchphrase “A Place To Grow”. The government says the tagline is a tribute to Ontario’s unofficial “A place to Stand, a Place to Grow” anthem, which debuted at Expo ’67. The province’s commercial plates will feature the slogan “Open for Business”.

The government had considered removing licence plates from the front of vehicles but ultimately decided against the decision citing community safety as the reason.

“The government is also ensuring that police have the tools they need to keep roads and communities safe by improving the quality of Ontario's licence plates and keeping both the front and rear licence plates on vehicles.”

The province's office of government and consumer services told CTV News Toronto that drivers are not required to update their current plates.

"But if they wish to, they can purchase regular series plates in the new design for $59.00 at a Service Ontario location. The cost of purchasing the new plates has not changed," Nicko Vavassis said in an email.

Vavassis notes that drivers looking to make the switch should come prepared with identification, proof of valid insurance, the original vehicle permit (plate and vehicle portion) and the plate itself.

If you've lost one or both of your plates, Vavassis suggests following the steps found here.

The Ontario government also announced new-look licences, which will be available in the fall.