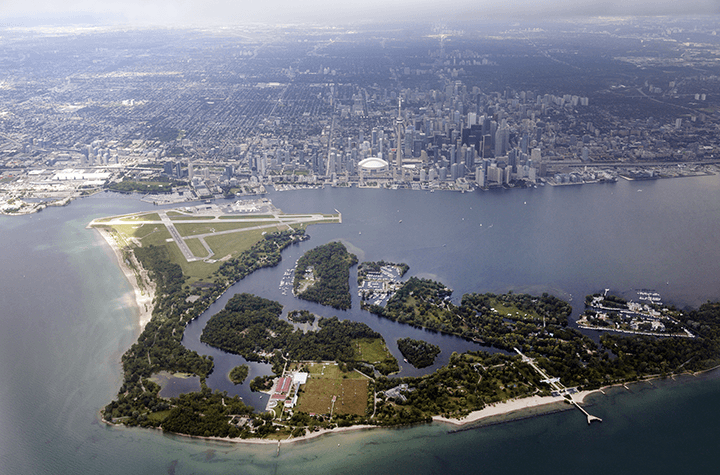 With nearly two months having passed since the intense flooding that took place in the Toronto Islands, city officials are beginning to get a sense of what kind of a price tag will accompany the unfortunate damage that was caused, and its continued ripple effects.

According to a report released by Toronto's Parks, Forestry, and Recreation division, the flooding has already caused approximately $4.88-million in damages. However, that estimate is hardly a final tally. The true extent of the flood damage will only be able to be calculated once water levels recede, everything is cleared, and operations on the Toronto Islands are running smoothly again.

Due to the safety risks and infrastructure issues brought on by the flooding, the islands have remained closed to the general public. Though ferry service to Ward's Island is still operational for residents and essential visitors, it has not resumed for those traveling to Centre Island and Hanlan's Point Docks, which are typically prime tourist destinations.

In fact, much of the damages estimate that was provided by the city factors in the revenue lost from tourism. Because ferry service has been largely closed since May 4, the Toronto Islands have already missed out on their typical spring tourist revenue. Last year in the month of May alone, nearly 140,000 were ferried to the islands.

If ferry service remains closed through August, the city could lose another $2.23-million in revenue. Unfortunately, there is little indication that things would clear up before that point.

"We'll have to watch this thing on a day-by-day basis and see how the weather is," said Toronto mayor John Tory.