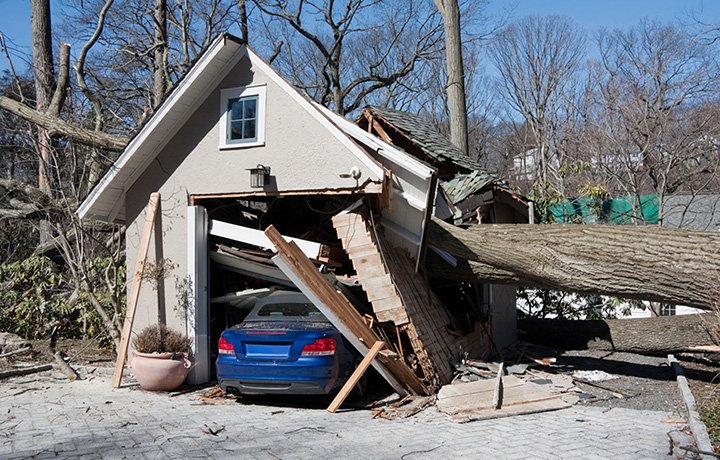 What would you be willing to endure to get an insurance-paid upgrade?

Online comparison site Finder Canada has revealed the results of a recent survey, which offers some startling details about insurance customers and the lengths they would go to in order to receive coverage.

From broken bones to lost engagement rings, many Canadians appear to be willing to put everything on the line.

According to the report, 43 per cent of the 1,200 Canadian adults who were surveyed said they are secretly hoping for damage to their property and/or possessions to get an “upgrade” to their stuff.

Eleven per cent of Canadians would even endure a car crash where they broke bones but suffered no permanent damage – all in order to get an upgrade.

Other customers were more extreme about how they wanted to be covered by their insurers; 21 per cent of the respondents said they would stage an event or mislead their insurer to get an insurance-paid upgrade – provided they do not get caught.

It turns out that women are more honest than men – at least when it comes to insurance fraud. Over a quarter of men say they would fake a claim on their insurance, versus 16 per cent of women. Men were seven percentage points more likely than women to say they’d fake an auto insurance claim or a claim on their home insurance.

And there’s generational differences too. Boomers appear to be the most honest generation, while Gen Z (born between 1997 and 2012) top the list for dishonesty. Forty-one per cent of them would defraud their insurer if they couldn’t get caught. Over a quarter say they’d fake an auto insurance claim, 14 per cent a home insurance claim and 13 per cent a contents claim.

The survey of 1,200 Canadians was undertaken by PureProfile in February 2020. Respondents were weighted to be nationally representative by gender, age and location.

“Honestly, we thought the numbers for the illegal insurance actions would be much lower,” Finder Canada country manager William Eve told Insurance Business Canada about the survey. “We began this as an exercise to show how stereotypically honest Canadians are.”

Insurance fraud seems on the surface like a crime that doesn’t really hurt anyone. Unfortunately, the financial impact of fraud on insurance companies is larger than you may think. The Insurance Bureau of Canada estimates the yearly cost of insurance crimes to be in the billions.

The result? The loss to insurance companies due to fraud causes insurance rate increases across the board. The more fraud that occurs, the more everyone winds up paying for their insurance policies. That’s not to mention any charges that could be laid against someone that commits the crime.

“For those who are caught, there are severe fines, costs and even jail time. At the very least, they lose their coverage and ability to get insurance coverage in the future,” Eve said. “It’s much smarter (and safer) to carefully compare policies and get the very best deal possible on insurance premiums.”

And, if you’re not sure about something, check with your broker.